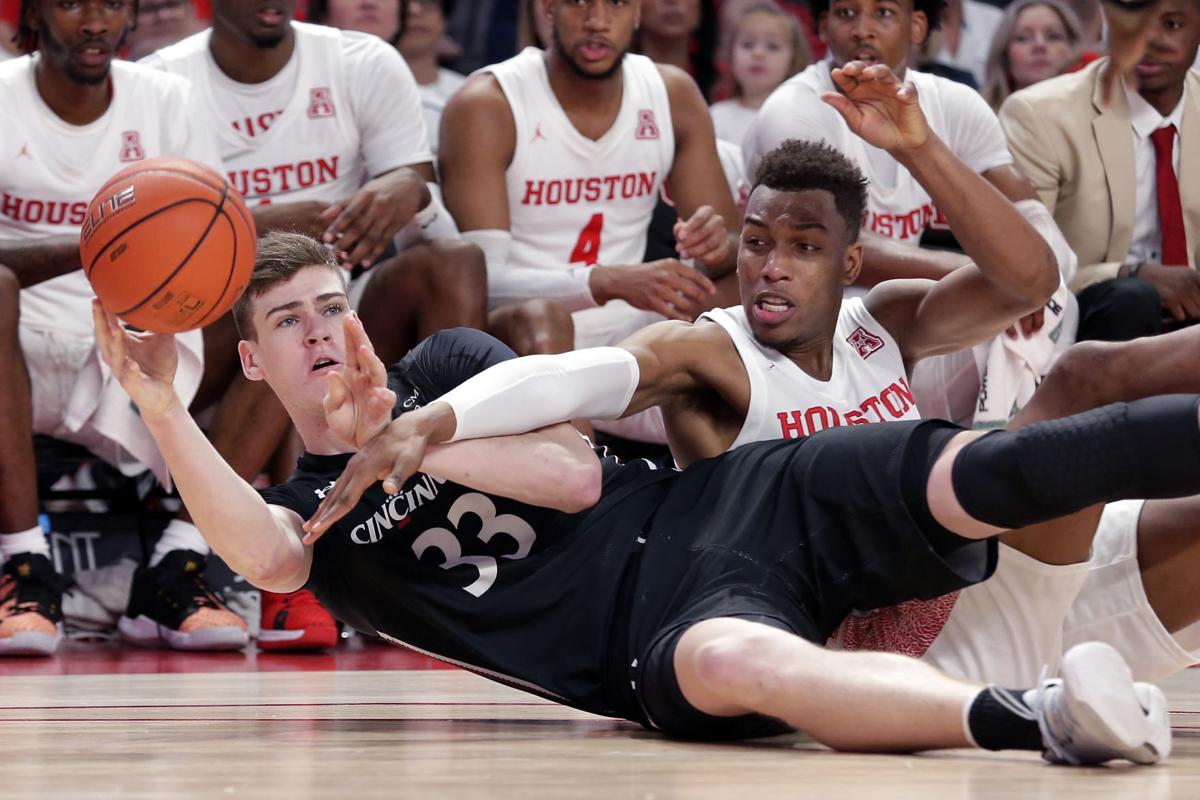 Cincinnati center Chris Vogt, 33, passes after winning a loose ball against Houston striker Fabian White Jr. during a March game in Houston. Vogt announced on Saturday that he would be moving to Wisconsin.

Greg Gard, the University of Wisconsin’s men’s basketball coach, filled another need for his program on Saturday.

Transfer center Chris Vogt announced that he would join the Badgers to fill a seat that was exhausted following the departure of great men Nate Reuvers, Micah Potter and Joe Hedstrom this off-season. Reuvers and Potter turned professionals and Hedstrom moved to Valparaiso.

The State Journal hit reporters Colten Bartholomew and Jim Polzin over Zoom and discussed the news from Badger’s spring soccer practice and basketball coaching rumors. At the end of the spring exercises, Colten gives you some thoughts on the biggest winners, the questions that remain, and what players need to show more. Jim then collapses, with Badger’s basketball assistant Alando Tucker potentially leaving the program.

UW is the third stop on Vogt’s college trip, which began in northern Kentucky. After two years with Northern Kentucky, Vogt moved to Cincinnati, where he has played 53 games in the last two seasons.

The 7-foot-1,260 pounder wrote on his Twitter that he had undergone shoulder surgery this off-season.

His junior year with the Bearcats averaged 11.0 points, 5.9 rebounds, and 1.6 blocks per game, but his minutes and averages fell last winter. He scored 5.0 points and pulled 3.5 rebounds per game for the Bearcats.

Vogt is the third transfer to select the Badgers this off-season, along with Wake Forest Point Guard Jahcobi Neath and UNLV Guard Isaac Lindsey. Lindsey, a former Mineral Point athlete, entered the transfer portal and will join UW as the preferred companion.

Hepburn was named Gatorade Player of the Year in Nebraska last season after helping Bellevue West beat it 21-3 and win the Class A state championship. Hepburn was a two-time all-state first-team plectrum, averaging 17.7 points, 6.1 assists, 4.6 rebounds and 3.1 steals as a junior. Off the field of play, Hepburn received the HomeSchool Papillion TeenService Award and was a winner of the Special Olympics Volunteer Award.

YOUR Trainer Greg Gard: “Chucky is a proven winner. Our employees watched as he led his Bellevue West team to a state championship last winter. Chucky is a true point guard and brings everything we’re looking for in this position. He sets a good example and always gives maximum effort on both ends of the floor. He has tremendous vision and a flair for the game combined with the ability to score points on all three levels. As much as he can carry his team on offense, what Chucky does so well here in Wisconsin is that in his defense and toughness he puts up his hat. Chucky is a leader and role model in the community and a motivated student. We are excited to add this person to our Badger family. We look forward to working with him and helping him realize his potential as a badger in the years to come. “

Hodges, who played on the same Illinois Wolves AAU program that made the former UW appearance Frank Kaminsky, was named Mid-Suburban League West Player of the Year after helping Schaumburg win 7-25 and winning the MSL title while advancing to the regional final. He averaged 15.5 points, 8.0 rebounds and 2.0 blocks per game in order to receive the Illinois second-team award in Illinois.

Gard: “Chris is an excellent addition to our program and a member of another strong recruiting class. He immediately impressed our staff during our advanced camp and has continued to improve since then. Chris has tremendous potential with his tall physique and natural strength coupled with an eagerness to get better. He will immediately bring both physicality and tenacity to our program. Chris fits in well with the work ethic and culture that has established our program. He comes from a great family who clearly taught him to value hard work and education first. We look forward to welcoming Chris and his family to the Badger Family. “

Mors is the reigning Gatorade Player of the Year in South Dakota and was named an all-state player four times in his career while playing in seventh grade at college. As a junior he averaged 19.4 points, 8.2 rebounds, 2.9 assists and 2.1 steals per game and went into his final season as the top scorer in the AA class in South Dakota with 2,127 points.

Gard: “We are very excited to add Matthew to our program. As a student-athlete year, he challenged himself to be as smooth a competitor as possible both on and off the field. As a national basketball champion and a successful multi-athlete in Yankton, Matthew has learned valuable lessons that will help him become the best leader and player possible. On the court, he plays with a degree of toughness and physicality that suits our style of play, especially in the Big Ten. He has versatile skills that enable him to be effective in the post and outside of dribbling, and is an excellent outside shooter. Matthew’s skills, combined with mental mastery, made us excited to work with him. We’re excited to have Matthew join our badger family, and we can’t wait to work with him to help him achieve his goals as a badger. “

Get local news delivered to your inbox!