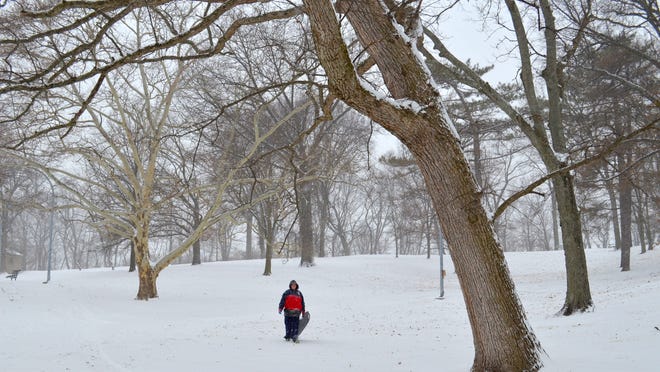 If this weather system lives up to its predictions for snow accumulation, we may get enough to go sledding.

(Cross your fingers, it will be the last – we have the opening season of the Reds soon!)

So what the fuck? Why don’t you grab a sled, some friends, or the kids and go out? Cincinnati is called the City of the Seven Hills for a reason.

My place is Bunker Alley, a narrow, steep cobblestone alley at the foot of Prospect Hill on the border between Over-the-Rhine and Mount Auburn. It’s too thin for cars but requires braking (also known as feet) before reaching Liberty Street.

Remember: tobogganing can be dangerous. Keep your wits about you – keep an eye out for cars and other hazards.

Do you have any other suggestions? We’ll add them to the list when you email them at [email protected]

8 places for the kids in Cincinnati and Northern Kentucky

Cobi Hamilton has been added to the Cincinnati Bengals Practice Squad

University of Cincinnati puts Dean of Law on leave

Celebrate the 60th Anniversary of the Cincinnati Travel, Sports and Boat Show with…